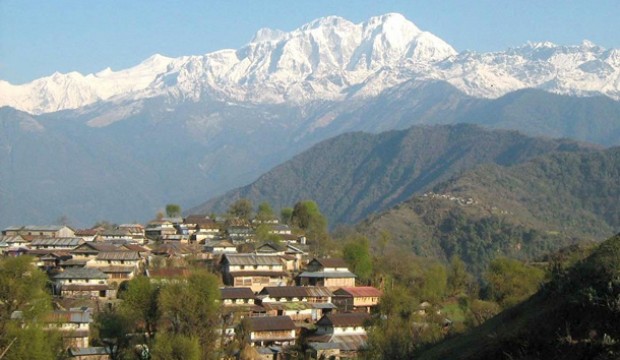 The national trust for nature conservation (NTNC) and the Annapurna conservation area project (ACAP) jointly introduce to explore the rich gurung culuture, tradition and life style with the unique blending of beautiful landscape in between two beautiful river Marsyandi in the east and Madi river in the south and west. Within the boundary of two beautiful rivers, the area comprises other small river valleys like Khudi river valley, Midim river valley and Rudi river valley which have a number of side tributaries. The terrain is mild steep and bisected vertically at several places. At the extreme north, the Lamjung Himal bisects the landscape into Lamjung district at south and Manang district at north. The rich biodiversity, the panoramic mountain view at the north and historic palace, forts, remnants of late Ghale King and the rich culture and tradition of Gurungs have made the GHT as highly potential cultural tourism product. The tour is the mixture of beautiful gurung village like Ghalegaun, Bhujung, Pashgaun, of lamjung district and pakhrikot and thumsikhot of kaski district and this tour is specially designed for travelers like researcher, students, backpackers who love to explore the village with traditional life style.

Day one: Upon arrival at Tribhuwan International airport
our office representative assists you at TIA and transfer to hotel and brief about the tour and rest of time leisure activities and overnight at Hotel on BB basis.
Day Two: Kathmandu to Besisahar (06 hrs drive)
early morning our trekking guide will assists you at your hotel and transfer to ganabu bus park and drive to besisahar one of the main entrance of famous Annapurna trekking and overnight at lodge on full board basis.
Day Three: Besisahar to Ghalegaun (03 hrs)
After breakfast around 3 hrs drive to SAARC No.1 village tourism destination and attend welcome program organaized by mother’s group of Ghalegaun and sightseeing of the surroundings and overnight at community based selected houses on full board basis.
Day Four: Ghalegaun to Bhujung (03 hrs)
Early morning wakeup call and 5 min walk to view point tower and view of sunrise and snowcapped mountains and baack to village and sightseeing of gurung museum and after lunch around 3 hrs trek to Bhujung village which is known as village of wild bee honey hunters and known as one village on VDC and on the way sightseeing of historical uttarkanya temple, community based tea garden of ghalegaun and Bhujung village and overnight at lodge or community based selected houses on full board basis.

Day Nine: Final Departure
our representative assists you at your hotel and transfer to Tribhuwan International Airport for the final departure.